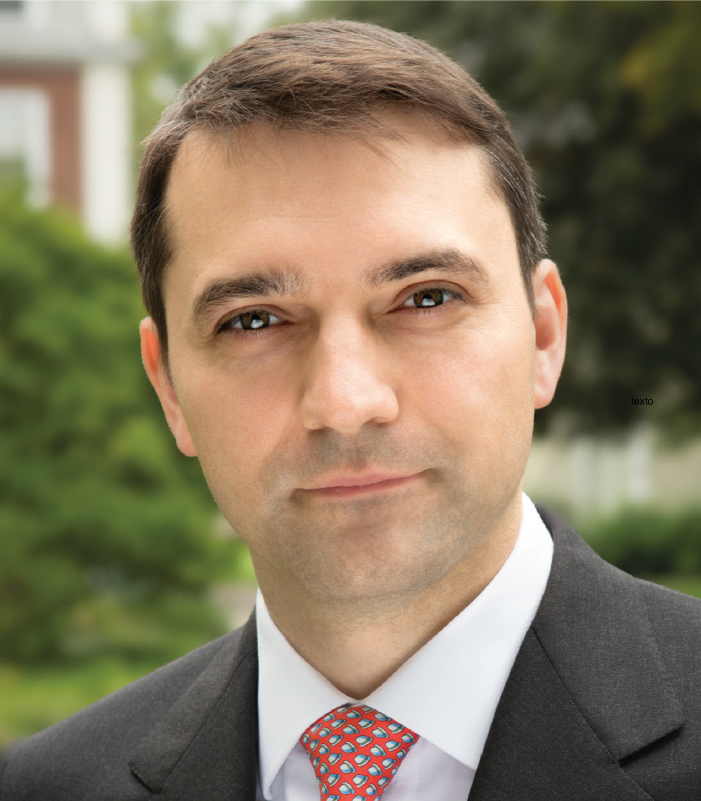 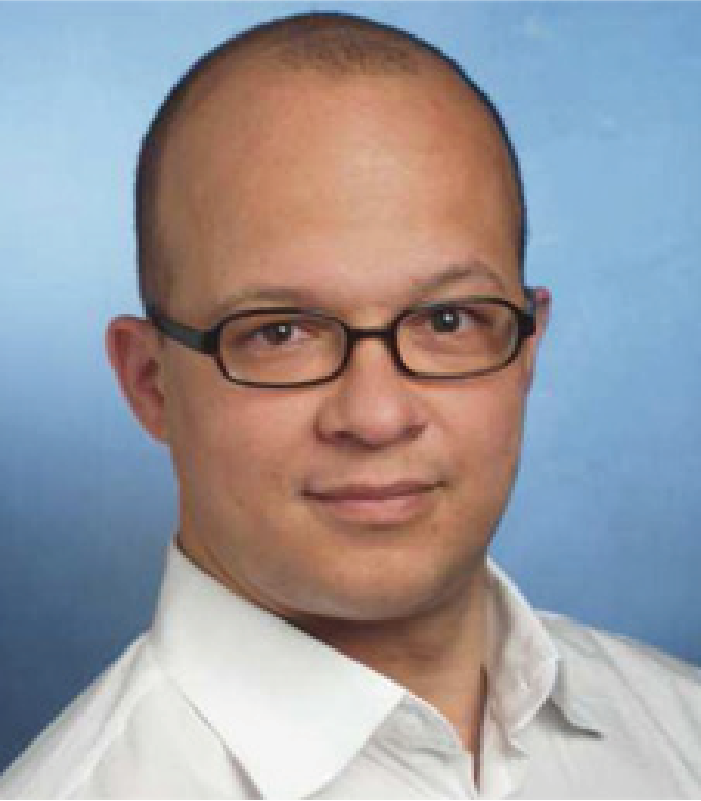 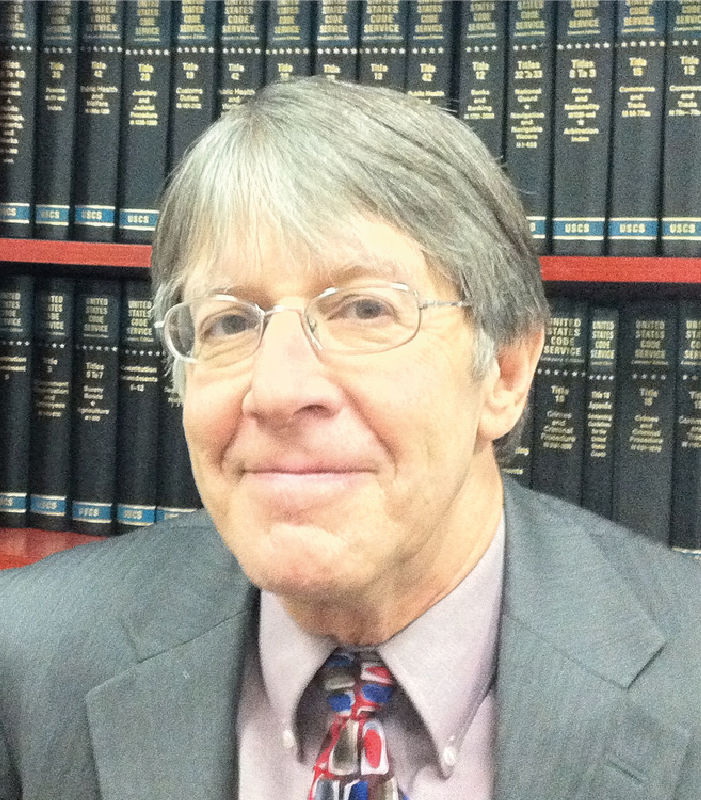 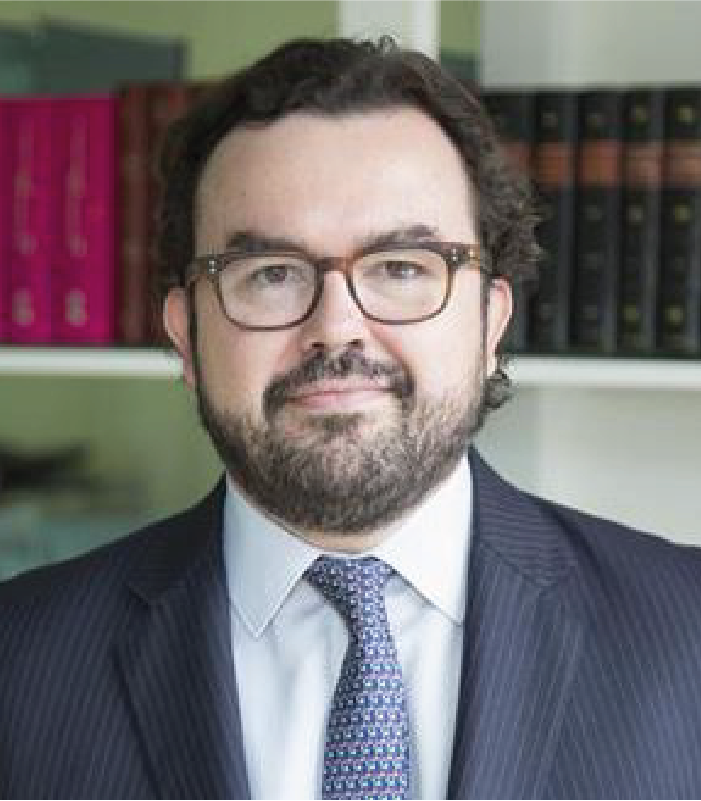 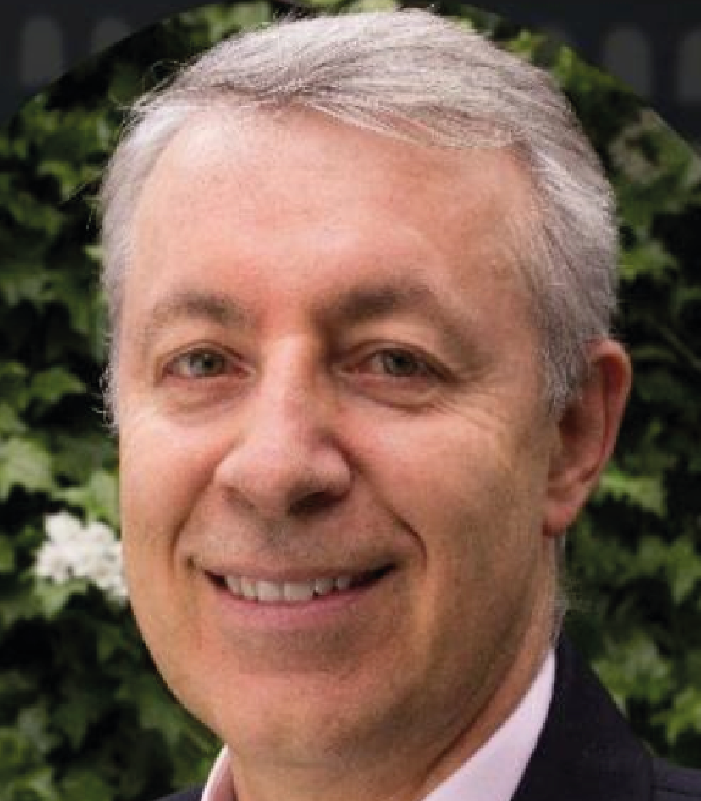 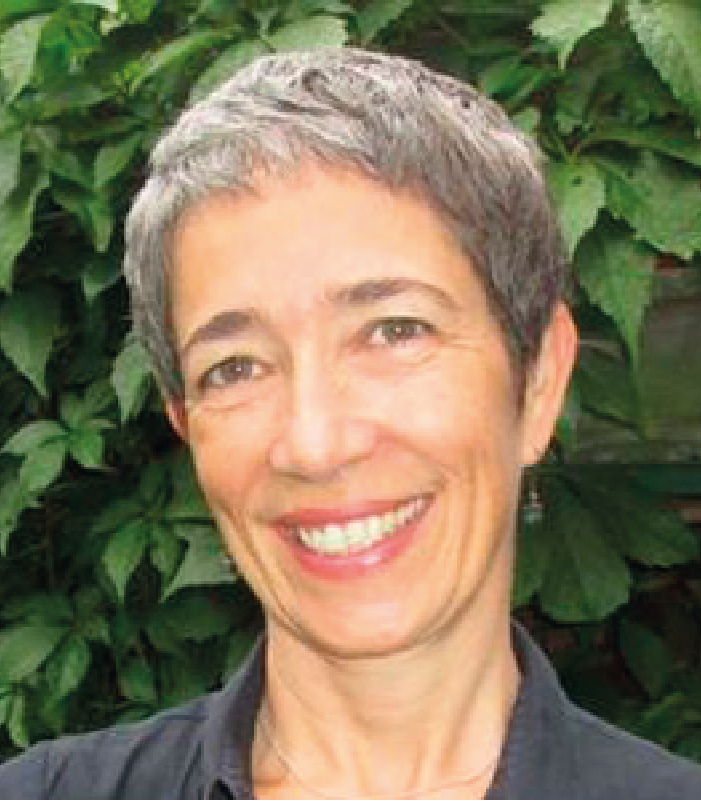 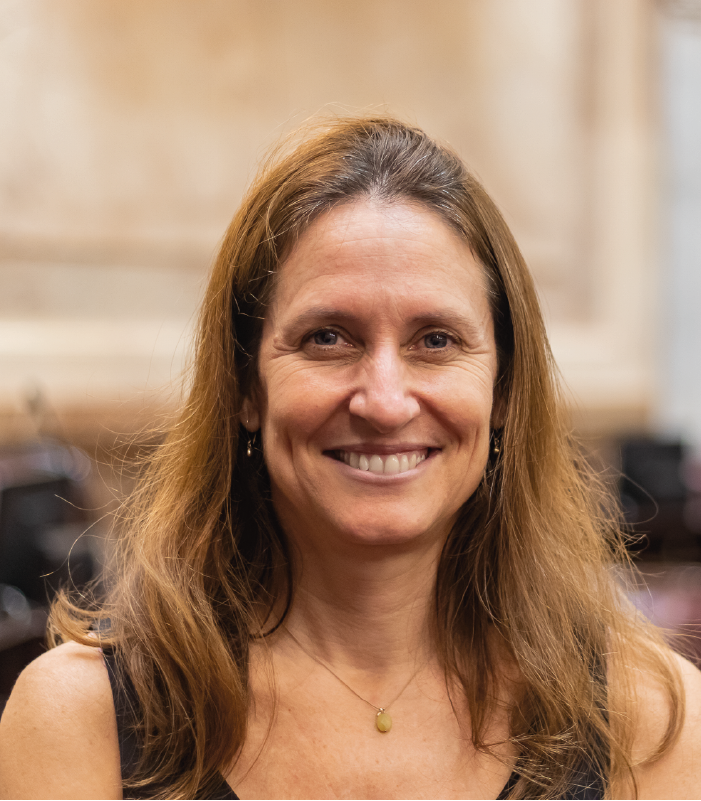 Eugene Soltes is the Jakurski Family Associate Professor of Business Administration at Harvard Business School, where his research focuses on corporate misconduct and fraud, and how organizations design cultures and compliance systems to confront these challenges. He teaches in several of the school’s executive education programs and was the recipient of the Charles M. Williams Award for outstanding teaching.

Professor Soltes’ work on corporate misconduct and fraud culminated in the book Why They Do It: Inside the Mind of the White-Collar Criminal, which was described by Kirkus Reviews as “a groundbreaking study” on white-collar criminality. The book explores why often wealthy and successful executives engage in deception. The investigation draws on over seven years’ interaction with around fifty of the most high-profile former executives. The book refutes popular explanations as to why seemingly successful executives engage in fraud, and shows that most executives make decisions the way we all do ― on the basis of intuition and gut feeling. The trouble, Soltes shows, is that these gut feelings are often poorly suited for the modern business world and can therefore lead to the harmful acts that we so often read about in the news.

This research has been published in leading finance, accounting, and economics journals and has resulted in numerous awards including the Hillcrest Behavioral Finance Award, California Corporate Finance Conference Award, and the Financial Research Association Best Paper Award.

Professor Soltes is a popular keynote speaker and frequently advises firms about their compliance programs and training. He is regularly invited to speak to regulators, including the Department of Justice, Securities and Exchange Commission, and United States Treasury. Professor Soltes’ research has been widely quoted by the media including in The Wall Street Journal, Financial Times, The New York Times, NPR, and The Economist.

Prior to joining the faculty at the Harvard Business School, Professor Soltes received his PhD and MBA from the University of Chicago Booth School of Business, and his MA in statistics and BA in economics from Harvard University.

Jan-Michael Simon is an expert in comparative criminal law and justice systems, alongside the fight against corruption and impunity based on human rights. A graduate of the University of Bonn in Germany, he has worked as a fundraising officer for the German Federal Finance Agency. For the last 18 years, he has been a Senior Scientific Investigator at the Criminal Law Department of the Max Planck Institute for Foreign and International Criminal Law in Freiburg, Germany where he directs the Latin America team and coordinates the doctoral program in comparative criminal law. He has been also worked as an expert at the International Criminal Tribunal for the Former Yugoslavia, and before that, at the Inter-American Court of Human Rights.

Within Latin America, Jan-Michael Simon has received two honorary doctorates, is honorary and extraordinary professor at two universities, sits on the editorial board of a number of specialist titles in the region and is a regular contributor at conferences and in different academic publications in Spanish, Portuguese and English.

He has extensive experience working as a consultant for international technical cooperation agencies on projects to strengthen justice and in the fight against corruption and impunity. In December 2017, he was an advisor and Ad Hoc Attorney in Peru’s Odebrecht Cases with regard to the reparations for the damage caused by the Great Corruption. Since January 2018, he has been advising the Foundation for Justice and the Democratic State of Law (FJEDD), based in Mexico City, on discussions around the design of the country’s new Federal General Prosecutor’s Office. Whilst since February 2018, he has also been a guest researcher at the Legal Research Institute at the National Autonomous University of Mexico (UNAM).

He was Team Leader at an international mission to support the formulation of a technical cooperation program between the European Commission and Guatemala, focused on security and justice (SEJUST). He also advised the General Secretariat of the Organization of American States (OAS) in their negotiations with the Honduran government with regard to an international agreement to establish the Mission to Support Corruption and Impunity in Honduras (MACCIH), and subsequently integrated the Mission as Special Advisor against Impunity and Corruption.

In January 2018, he was selected as a member of the Independent Panel for the Selection of Magistrates of the Constitutional Chamber of the Supreme Court of Justice of El Salvador by the Foundation for Due Process (DPLF), the Washington Office for Latin American Affairs (WOLA) and the Center for Justice and International Law (CEJIL) in Washington DC.

Tom Devine is Legal Director at the Government Accountability Project (GAP), and has worked at the organization since 1979. During this time, he has helped over 5,000 whistleblowers to defend themselves against retaliation and has worked on major public interest projects – such as shuttering accident-prone nuclear power plants, rebuffing industry ploys to deregulate government meat inspection, blocking the next generation of the bloated and porous “Star Wars” missile defense systems, and sparking the withdrawal of dangerous prescription drugs such as Vioxx.

Tom Devine has also led a number of campaigns to pass or defend 20 major national or international whistleblower laws, including every one enacted over the last two decades. These include: the Whistleblower Protection Act of 1989 for federal employees; ten breakthrough laws since 2002 creating the right to jury trials for corporate whistleblowers; and new United Nations, World Bank and African Development Bank policies legalizing public freedom of expression for their own whistleblowers. He has also served as “Whistleblower Ambassador” to over a dozen nations on trips sponsored by the U.S. State Department.

Tom Devine has authored or co-authored numerous books, including 2011’s The Corporate Whistleblowers Survival Guide: A Handbook for Committing the Truth; Courage Without Martyrdom: The Whistleblower’s Survival Guide; law review articles, magazine articles and newspaper op-eds, and is a frequent expert commentator on television and radio talk shows. He is the recipient of the “Hugh Hefner First Amendment Award” and the “Defender of the Constitution Award” bestowed by the Fund for Constitutional Government. In 2006, Tom was inducted into the Freedom of Information Act Hall of Fame.

Tom is a Phi Beta Kappa honors graduate of Georgetown University, earned his J.D. from the Antioch School of Law, and sits on the boards of the Disaster Accountability Project and Berrett Koehler Authors Cooperative.

He is currently a national and international arbitrator at the Arbitration Centers for Bogota and Cali’s Chambers of Commerce of Bogotá and Cali, a lawyer at Zuleta Abogados Asociados, and Professor of International Commercial Arbitration, International Commercial Law and Public International Law at the Pontificia Javeriana University. He has extensive experience of arbitration in the mining, hydrocarbons, infrastructure, energy, oil and gas sectors. He has advised States, state entities and multinationals in disputes related to hydroelectric projects, road concessions, the expansion of maritime ports, access rights to rail concessions and economic rights under oil concession contracts.

Rafael Rincón also served as a Senior Associate in the Conflict Resolution and Investment Protection team at Gómez-Pinzón Zuleta Abogados S.A.S., as a Foreign Associate of Latham & Watkins LLP in New York and as an Associate of the Arbitration and Litigation Department of Zuleta, Suárez, Araque and Jaramillo Abogados.

At the Anticorruption Institute, Rafael Rincón leads several initiatives aimed at reinforcing transparency and integrity within the justice sector.

Ruben Avendaño is an economist from the Universidad de Los Andes, and holds a Master’s in International Development from the Stanford School of Public Policy at Duke University. During his career, he has been a recognized expert in the management and strategic planning of public service companies and Corporate Governance, with a particular emphasis on the water and sanitation sector. His experience includes advising multilateral banks and other organizations at a national and regional levels.

Ruben Avendaño has worked as a consultant to the World Bank in countries such as Paraguay, Uruguay, Colombia and Peru. He also served as an official of the Inter-American Development Bank (IDB) in Washington D.C. He coordinated the design and implementation of the new Corporate Governance model for Medellín’s Public Companies Group (Empresas Públicas de Medellín (EPM)).

He has also held management positions in public service companies and different public entities in the water and sanitation sector in Colombia, such as the Commission for the Regulation of Drinking Water and Basic Sanitation (CRA), the National Planning Department (DNP) and the Credit Department of the Financial Fund for Urban Development.

Rafael Enciso is an economist from Colombia’s Autonomous University. He has extensive experience investigating corruption in public management and in the design of transparent management models for integrated chains within finance, production, distribution, exchange and consumption. He also leads training in anticorruption compliance for companies, plans training programs and designs educational materials, as well as organizing events and training workshops.

Anna Myers is Director of the Whistleblowing International Network (WIN). WIN, which was founded by the world’s leading whistleblower protection experts, connects and strengthens civil society organizations that defend and support whistleblowers. Anna is a lawyer with 18 years’ experience in the field of public interest whistleblowing and anticorruption. She was Deputy Director at Public Concern at Work (PCaW) in the United Kingdom for nine years and spent a year in Washington DC with the Government Accountability Project (GAP).

Anna Myers has advised thousands of individual whistleblowers and shares her practical and legal expertise with policy makers, journalists, organisations, lawyers, governments and professional bodies in North and South America, Europe, Africa, and Asia. Most recently, she has run workshops in Uruguay for the Commission on Transparency and Ethics and in Costa Rica for regional anticorruption agencies in Central America.

María Barón is the Executive Director of the Legislative Directory Foundation. She is a journalist with a Master’s degree in International Relations from the University of Bologna (Italy). She is also a PhD candidate in Political Science at the National University of San Martín (Argentina).

María is a Fulbright-APSA Congressional Fellow who has worked in civil society organizations in Argentina and internationally to reduce the unethical practices of legislators and public officials. She has published seven editions of the Legislative Directory, which details different legislators and how they represent the country at both a regional and national level in Argentina, as well frequently contributing to other publications on more general aspects of legislative power.

Rodrigo Mora has extensive experience in the implementation of public policies at a national level, building relationships with national and international authorities, leadership and team management, advising on legislative and strategic policy matters, international collaboration, litigation in public law and other academic work.

He has held various positions in the public sector, including as the official counterpart for the Transparency Council, as Team Leader for the national implementation of the Lobbying  (Law No. 20,730) and Public Probity (No. 20,880) laws, National Coordinator of the Action Plan for the Open Government Alliance, Legal Advisor on access to public information, including specific work on the Law of Access to Public Information, and designing the methodology for the Active Transparency System. He was Senior Public Integrity Officer at the OECD and as a member of the OECD Convention on Combating Bribery of Foreign Public Officials in International Business Transactions, monitoring teams. He also served as part of the United Nations Anticorruption Convention (UNCAC) follow-up team.