#DuqueRespete: an initiative that calls for Iván Duque to refrain from participating in politics 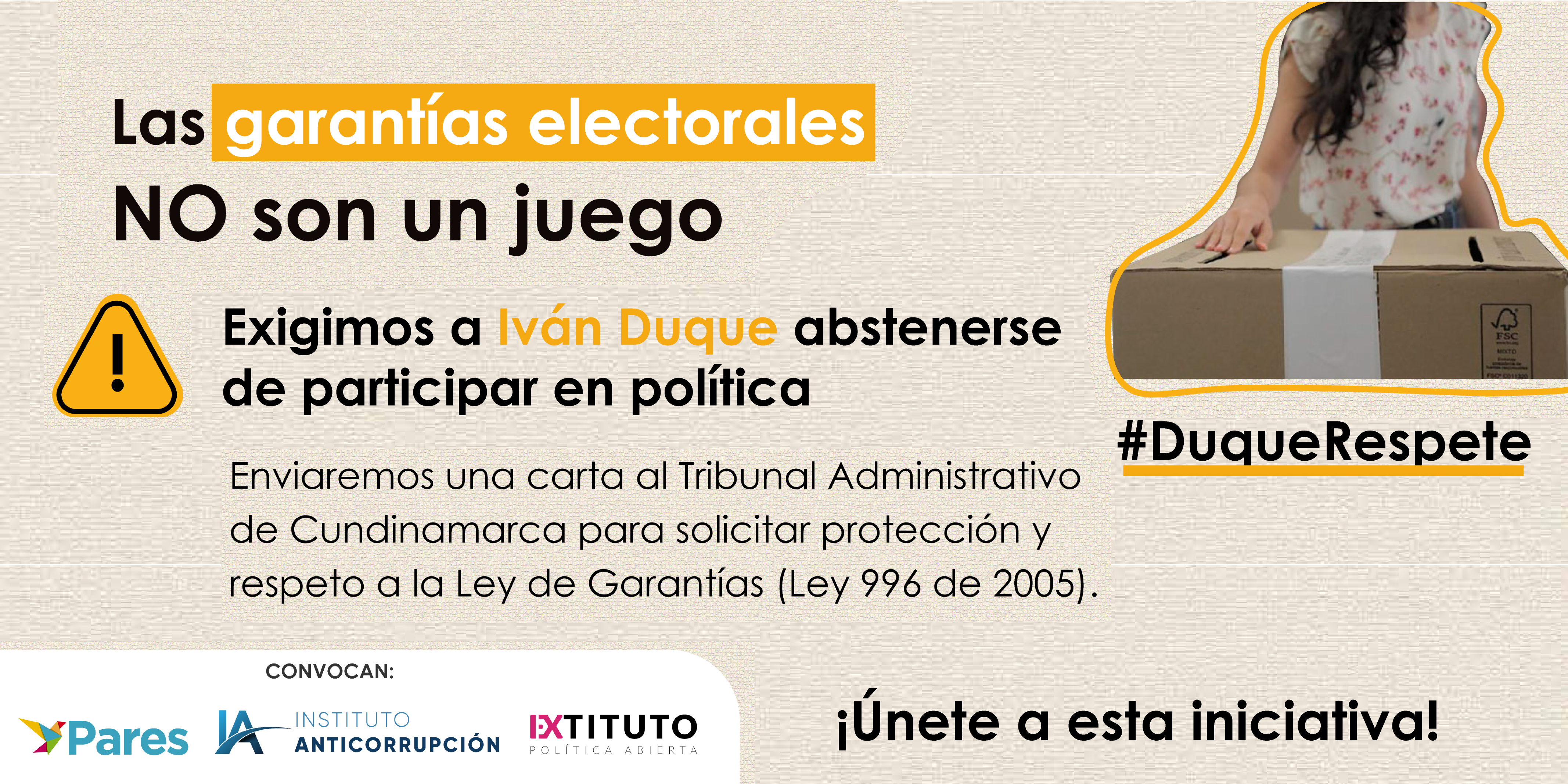 The Alliance for Electoral Oversight, made up of the Anti-Corruption Institute, Fundación Pares and Extituto, have launched a campaign on social networks that promotes public participation in the popular lawsuit that has been presented to the Administrative Court of Cundinamarca. The petition letter, signed by the three organizations, requests the protection of the “Guarantees Law” (Ley de Garantias), which has been violated on many occasions by President Iván Duque with his statements against Gustavo Petro, presidential candidate from the Historical Pact coalition (Pacto Histórico), and his proposals .

Using the hashtag #DuqueRespete, members of the public have been invited to join this initiative to remind the President that he is not allowed to participate in politics during his administration. With a view to turning this popular action into a truly democratic campaign, members of the public have been provided with a petition letter template that they can fill out and send to the Judicial Branch in just a few minutes. In addition, people have been asked to record and publish short videos where Iván Duque is asked to respect democratic guarantees.

More information can be found at: https://www.estudiosanticorrupcion.org/duque-respete/