Etilab: anti-corruption innovation laboratory, a space that is built and fuelled by public will 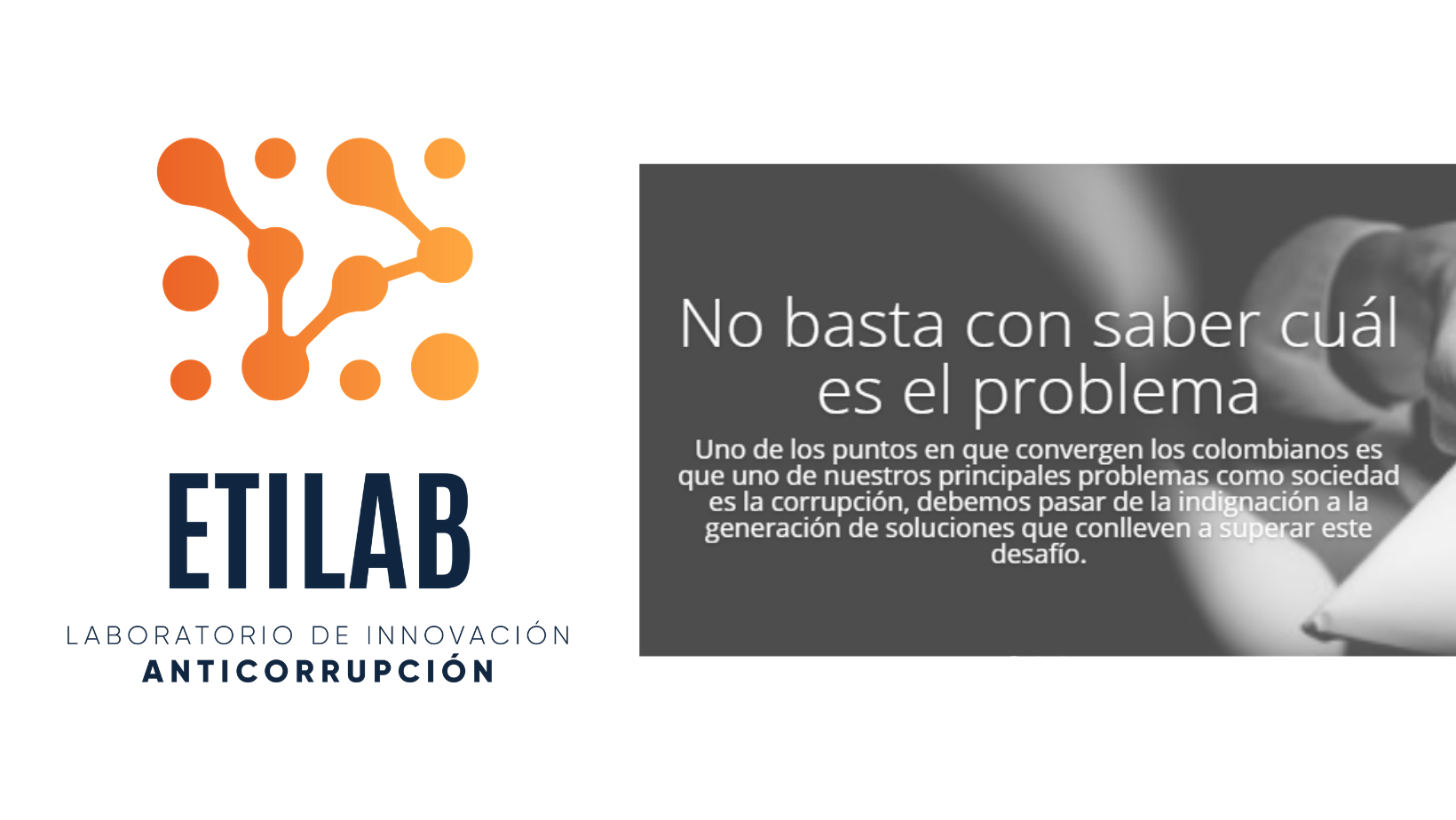 Etilab, the public innovation project created for the fight against corruption, is already underway. Since 2020, via a public co-creation space, the Anti-Corruption Institute has committed to empowering people so that through the recovery of values it will be possible to build a culture of integrity that drives awareness, reconfiguration, productivity and the transformation of ideas into actions that will have an impact on the fight against corruption by the public.

This has led to the creation of Etilab. Etilab is made up of a team of volunteer professionals who seek to make a difference in the anti-corruption innovation ecosystem using their own methodology that enables the development of ideas to support the fight against corruption in Colombia.

Adding to this, Juan Salgado, currently an Etilab volunteer, describes his experience and says it is an ideal place to meet people from different specialist backgrounds and professionals with whom he shares an “interest in proposing changes within society, understanding the scourge of corruption as being the tip of the iceberg when it comes to many of the problems we face today ”.

At Etilab you will discover different tools, channels, methodologies and people who want to witness real, practical and viable changes in many public policies. In addition, this anti-corruption innovation laboratory is open to any idea or initiative that might lead to social development.

If you would like to find out more about this initiative, you can visit: https://etilab.org/