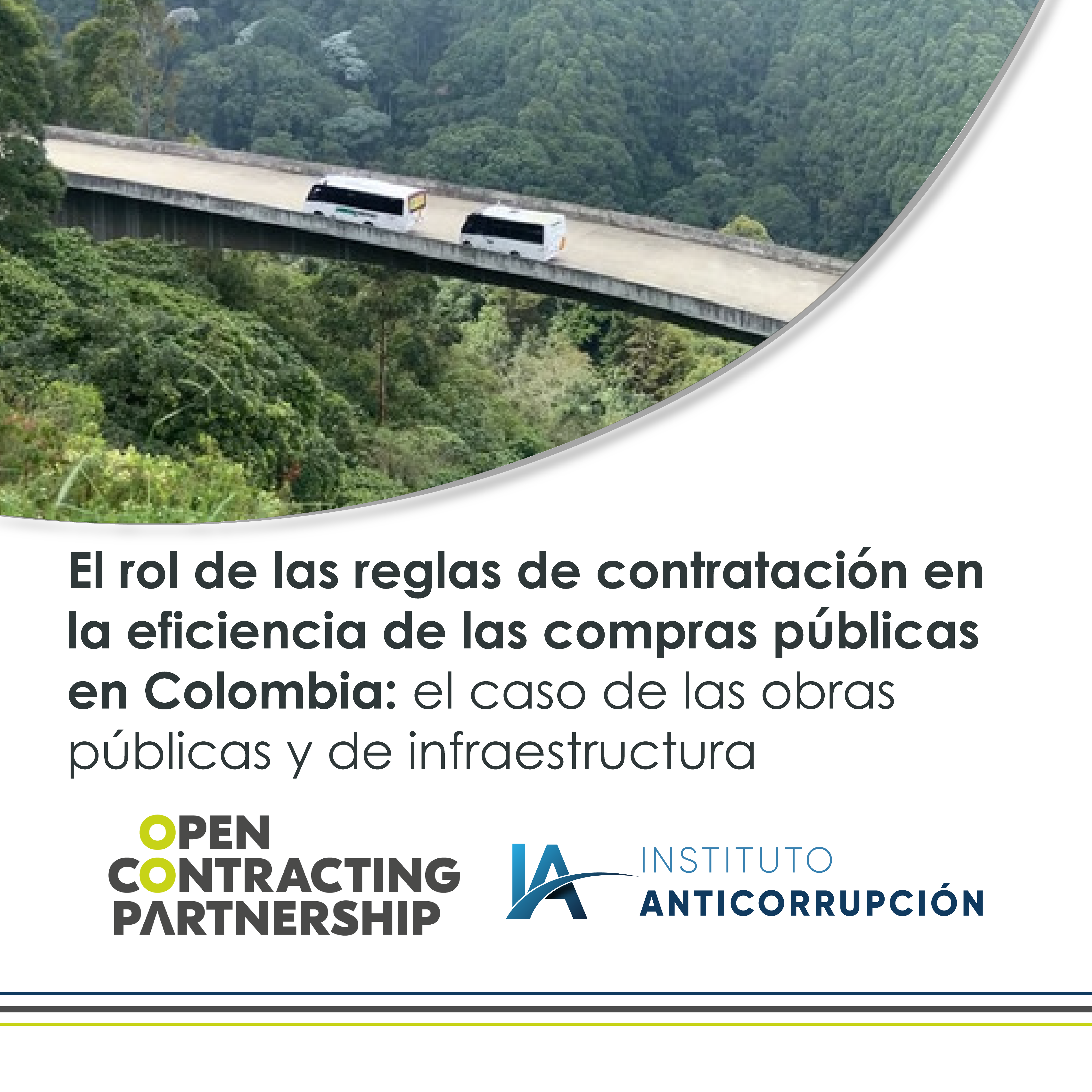 The Open Contracting Partnership is financed by the Anti-Corruption Institute, and as per its remit is required to investigate the way in which public works contracts are awarded through special regimes and the way in which this has a significant impact on the risks of corruption in procurement processes in Colombia. As part of this work, the Anti-Corruption Institute published a new report on the role of contracting regulations and their impact on the efficiency of public procurement in Colombia: using the specific examples of public works and infrastructure.

The report analyzes the quantitative differences in public procurement outcomes in Colombia according to the behaviors of the main indicators. The study was carried out comparing two groups of public works contracts: those awarded through the standard rules of the General Contracting Statute, and then contracts awarded through the special procurement regimen. The results demonstrate that the primary characteristics of the two types of contract differ from one another, and that the use of special contracting regimes encourages market concentration, generating levels of inefficiency that threaten competition and access to public purchasing markets. On the other hand, the report also showed that the arrival of the Covid-19 health crisis had an (albeit temporary) negative effect on the grand total and frequency of public works being progressed. The document provides recommendations for improving efficiency in the contracting of public works, in light of its findings and against the backdrop of post-pandemic economic recovery.

Among the general findings it was revealed that:

Similarly, a series of recommendations were provide to improve the efficiency of public works contracting post-pandemic. Read the full report here.