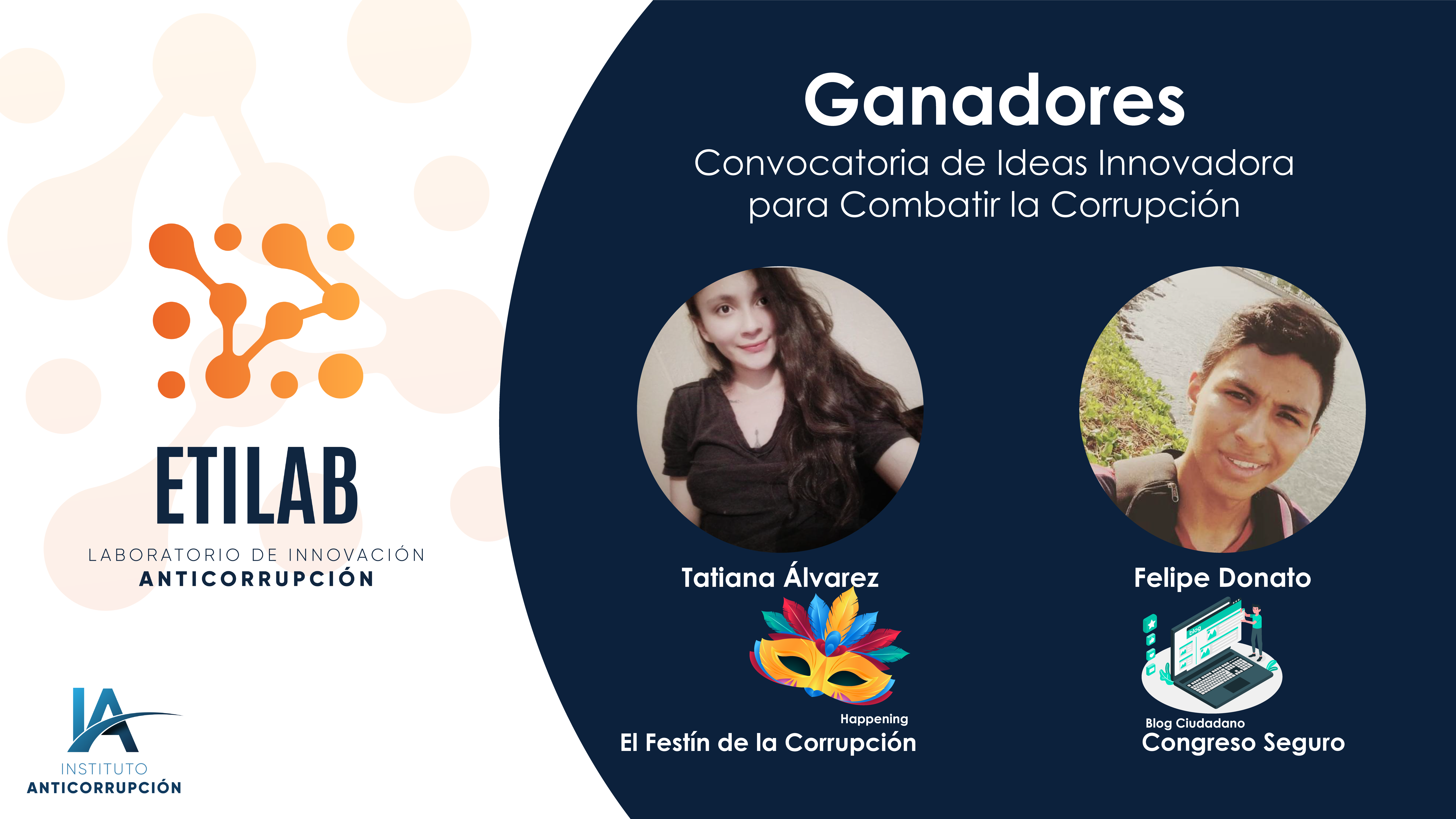 On 17 June 2021, the Etilab Anti-Corruption Innovation Laboratory, part of the Anti-Corruption Institute, ran a competition which invited members of the public to share their ideas in the fight against corruption and make them a reality through the creation of a prototype that would be developed alongside members of Etilab, who would enhance the technical merits of proposals on a voluntary basis. A total of 17 proposals were received from across different regions of Colombia, but only two were selected as winners by the jury.

The first proposal that was chosen came from Felipe Donato Rojas, and it consisted of the creation of a public blog which would contain relevant information about the Congress of the Republic and its parliamentarians. This blog included information on the profile, management and financing of the top 10% most representative Members of Congress elected in the 2018 legislative elections. In addition, a quiz was also included to test and gauge public awareness of Congress. Felipe’s prototype can be viewed by clicking here.

The second selected proposal came from Carol Tatiana, with her prototype consisting of a staged production called “Happening” about corruption in electoral campaigns through the medium of clowning, which sought to harness burlesque production to raise public awareness of the importance to vote for candidates with integrity. This artistic expression took place on Sunday, 31 January in the Parque de la Biblioteca Virgilio Barco (Virgilio Barco Library Park).