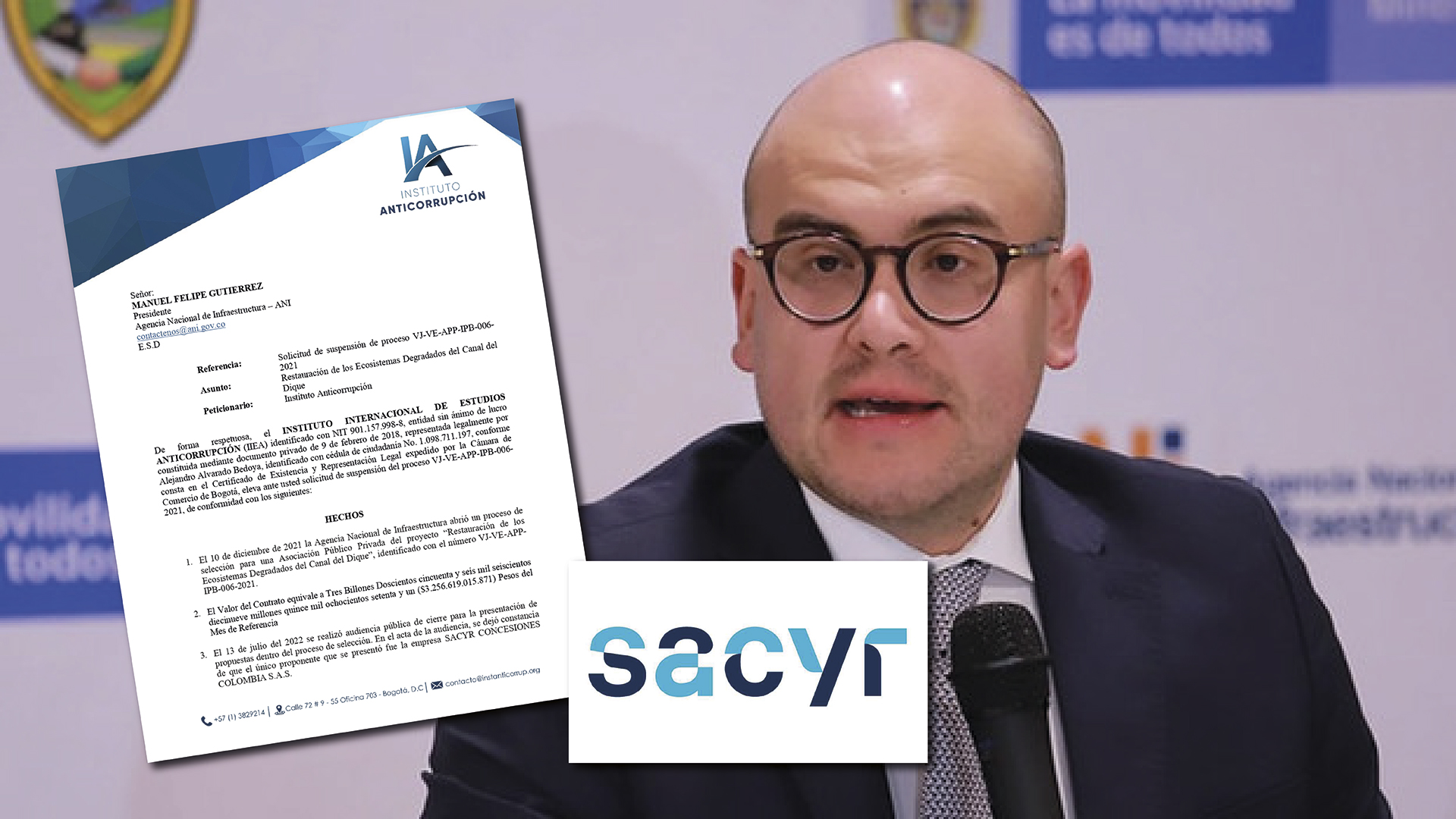 A week ago, the Anti-Corruption Institute called upon the National Infrastructure Agency (ANI) to suspend the procurement process for the Canal del Dique works, warning that the only organization to put themselves forward was the Spanish company SACYR, which has been widely questioned for the quality of the works they carry out.

In Colombia, this company was responsible for delivering the Hisgaura Bridge in Santander, which ended up being converted into an ‘accordion’. This led to them being investigated by the Comptroller General of the Republic. In addition, they have recently been sanctioned in Spain for engaging in anti-trust and unfair competition for 25 years.

Tomorrow, on 4 August, three days before the inauguration of the new government, the adjudication hearing will be held during which this contract which is worth over 3 billion Colombian pesos will be discussed, representing one of the country’s most important national works.

As a fundamental part of the fight against corruption and transparency in public procurement, we publicly and repeatedly requested that the hearing for the awarding of this contract be suspended. It does not seem right that no other engineering company bid to be part this contractual process which is of such high economic and social importance for the country.

Read the letter we sent to the National Infrastructure Agency (ANI) here.

Alejandro Alvarado, Coordinator of the Justice and Impunity Observatory, sends a message to the National Infrastructure Agency (ANI).