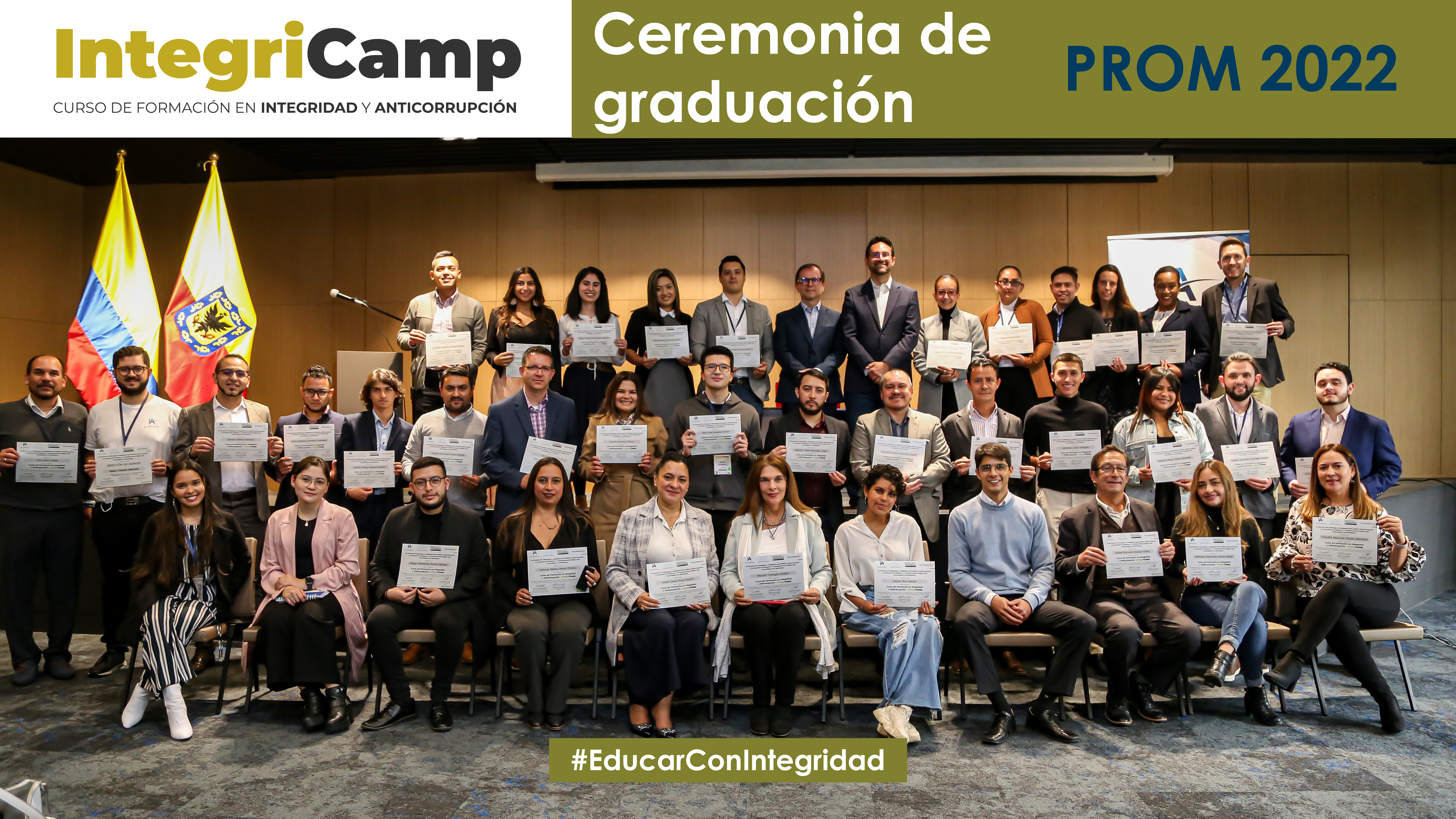 On Saturday 18 June, the graduation ceremony for IntegriCamp students was held. The 65 students who successfully completed the course received their certificates from the Anti-Corruption Institute’s Founder, Camilo Enciso Vanegas, who was joined by Juan Felipe Bedoya, General Manager of Porsche Colombia S.A.S, and a member of our Board of Directors. We were, of course, also accompanied by our Director, Michel Levien González, as well as the Executive Director of the Tecnológico de Monterrey’s Transparency and Anti-Corruption Initiative, María de los Ángeles Estrada. Students were also virtually connected both nationally and internationally.

Opening the event, Enciso gave a welcoming address, where he sought to provide motivation to the students and their families. The Outstanding Student with Honorable Mention, Jenni Ramírez Bermeo, also addressed her classmates, expressing her gratitude  for having had the opportunity to participate in this training space, and inviting all attendees to continue with their commitment to the fight against corruption. Our Director, Michel Levien, dialed in to join the virtual students, making his speech from Mexico, where he pledged to lead future calls for students to sign up to this course.